i just finished Jacob Aagaard's excellent book Excelling at Chess this evening. i've been putting a ton of time in working on chess and hopefully it will pay off this weekend in London

"Pretend It's For Fun"

All summer Bev Turner ran an unrated active "Grand Prix" with kids and adults. This was the last (I played in the first one as well). Before the tournament, a little girl started crying and said she just wanted to play for fun, not a tournament and my opponent said to her "Just pretend it's for fun". It made me chuckle.

so i'm curling up with some rum and 22 episodes of smallville this weekend :)

i love you Chapters, i love you Canada Post
Posted by Craig at 10:31 AM No comments:

well i guess this is kinda chess related. a couple years ago on ICC i won second prize in the U1400 Marshall Attack tournament or something, so i wanted to put an ASCII belt on my profile. i googled and googled but nothign was to be found.

today i have fixed that problem.

here is my belt

the original picture is here

i think it turned out pretty good. the original website was www.asciiconvert.com and you can link or upload a picture and they will convert it to an ASCII image.

in a related note, i have found that they make an ASCII version of quake that can be played on dumb terminals. a link is here and here's a screenshot

i think it looks cool
Posted by Craig at 8:37 AM No comments: 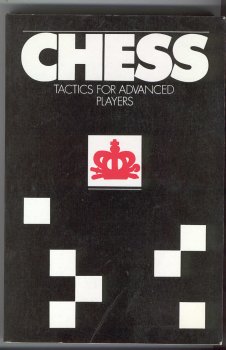 i picked up Tal's life and games, but Hans said "Well you are allowed to enjoy yourself and there is nothing more fascinating than Tal's life and games - highest class of chess entertainment - but dont expect to learn much - however do read and enjoy!

I expect you are ready for Aagaard - try his Excelling at Chess first and then when you are done that try: Excelling at Positional Chess - those two books should take you well into the New Year."